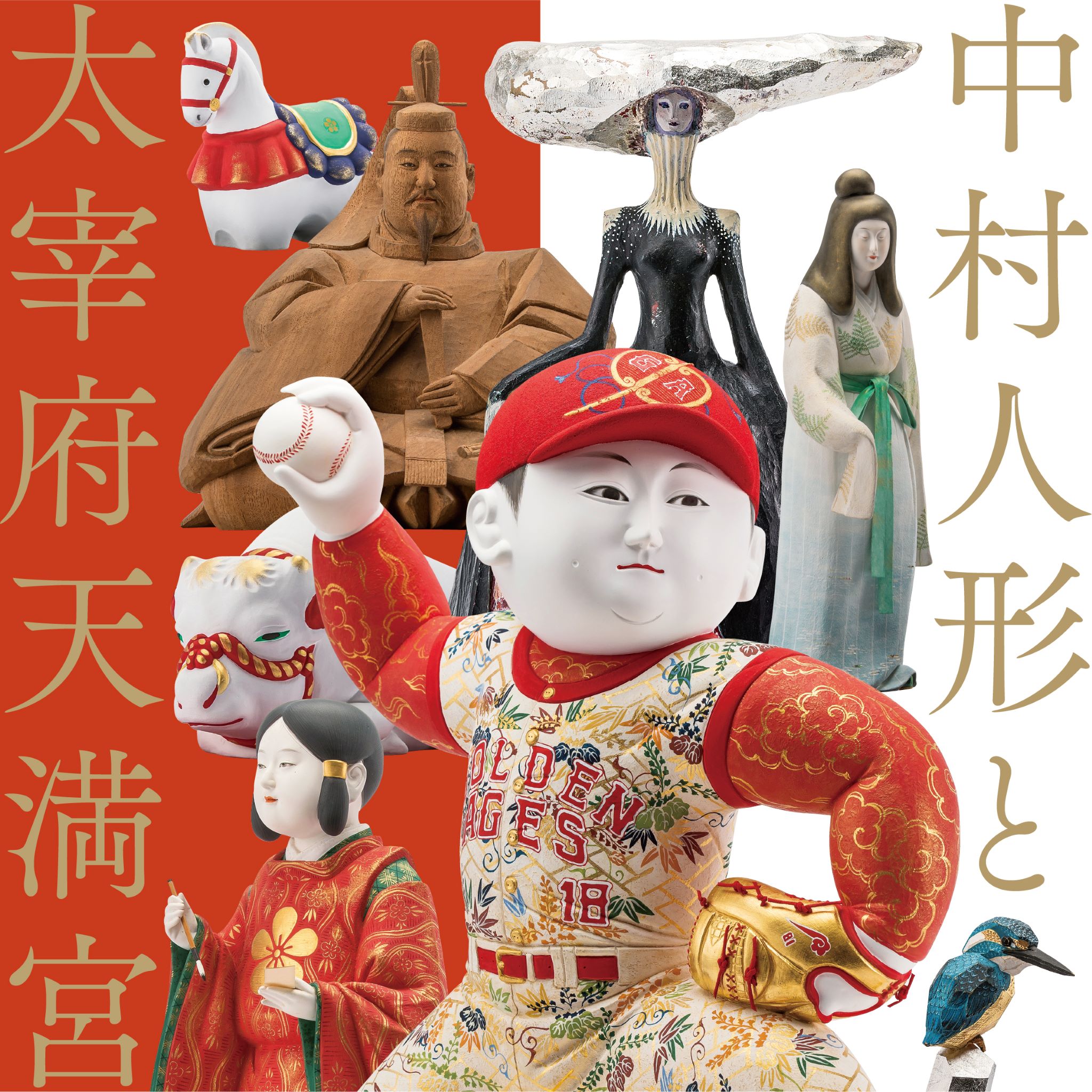 Nakamura Chikuami (1897–1947) founded Nakamura Ningyo to craft traditional Hakata Ningyo. The family trade then was passed along through the generations: Engai (1921–1992), Shinkyo (1957–), and Hiromine (1986–). Hakata Ningyo are said to have originated with the work of ceramic craftspeople gathered together in connection with the daimyo Kuroda Nagamasa’s arrival in Chikuzen in 1600. The philosophy of Nakamura Ningyo, which advocates changing with the times while carrying on the exacting techniques and spirit of the artform, has its roots in the fertile soil of Hakata Ningyo, which leaves to the individual artist free to experiment with all aspects of the craft other than the basic principles of unglazed ceramics and coloring techniques. Furthermore, in recent years Nakamura Ningyo’s unconventional approaches are attracting enthusiastic attention across Japan and around the world. 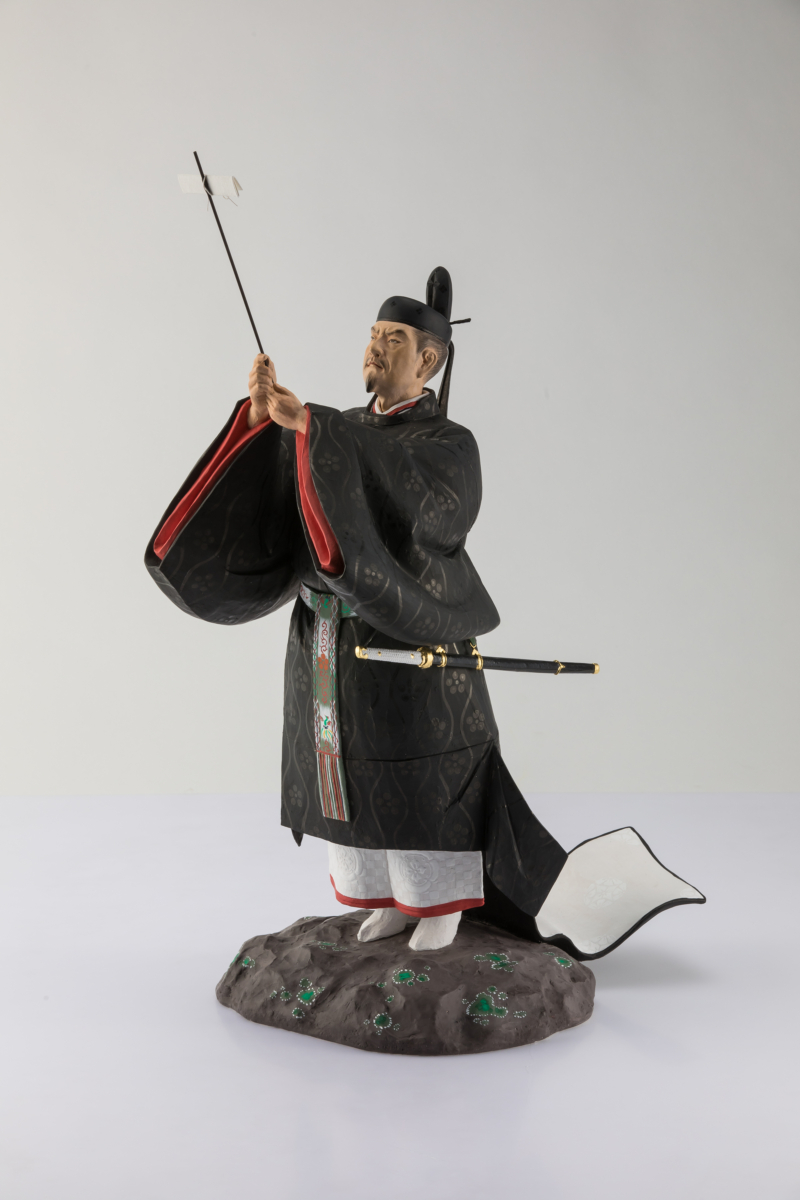 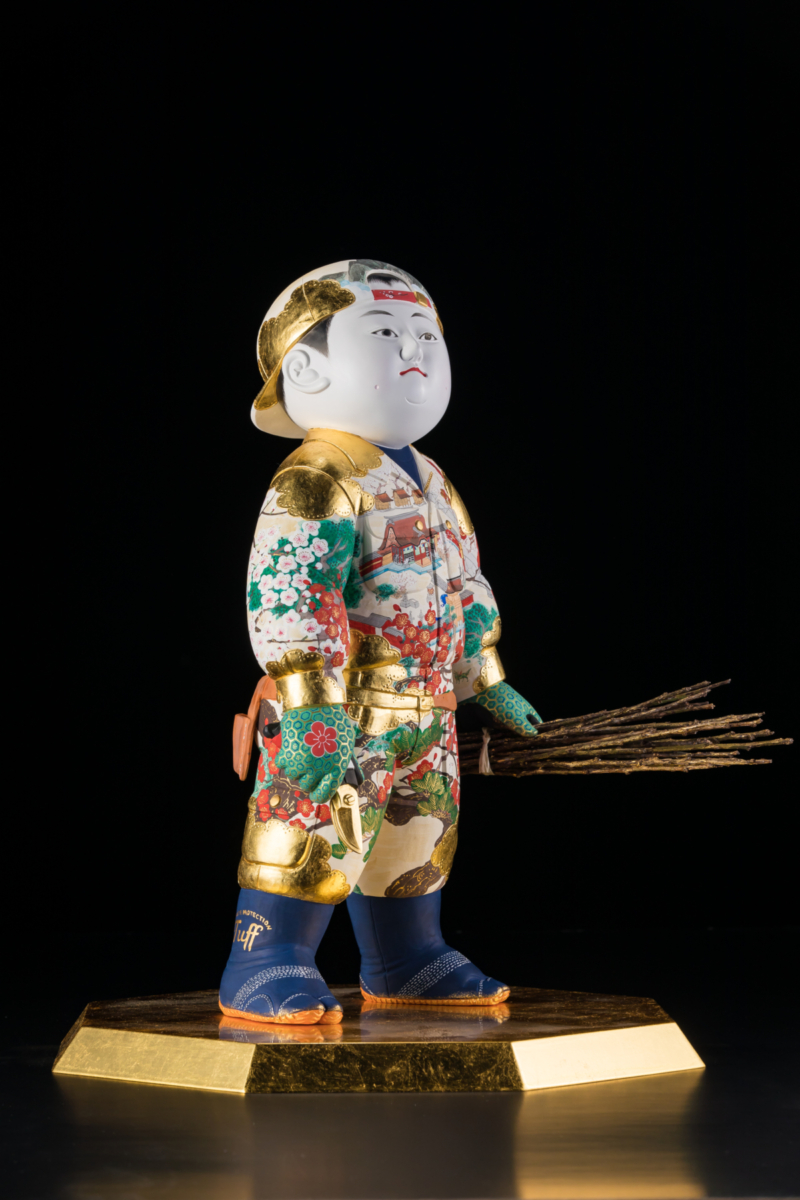 Dazaifu Tenmangu’s collection includes works by both Shinkyo Nakamura and his son Hiromine, including a shingyu (sacred ox) figure commissioned from Shinkyo that was made using old camphor wood from the shrine grounds. Since 2003 Nakamura Ningyo has also worked on New Year’s charms for the shrine, such as earthen bells in the shape of the year’s animal of the Japanese Zodiac. This exhibition provided an introduction to the rich variety of Nakamura Ningyo’s works by dividing its underlying approach, which seeks through its works grounded in the world of Dento Kogei (traditional Japanese crafts) to give form in today’s world to people’s prayers that remain unchanged since ancient times, into the earlier and latter periods. 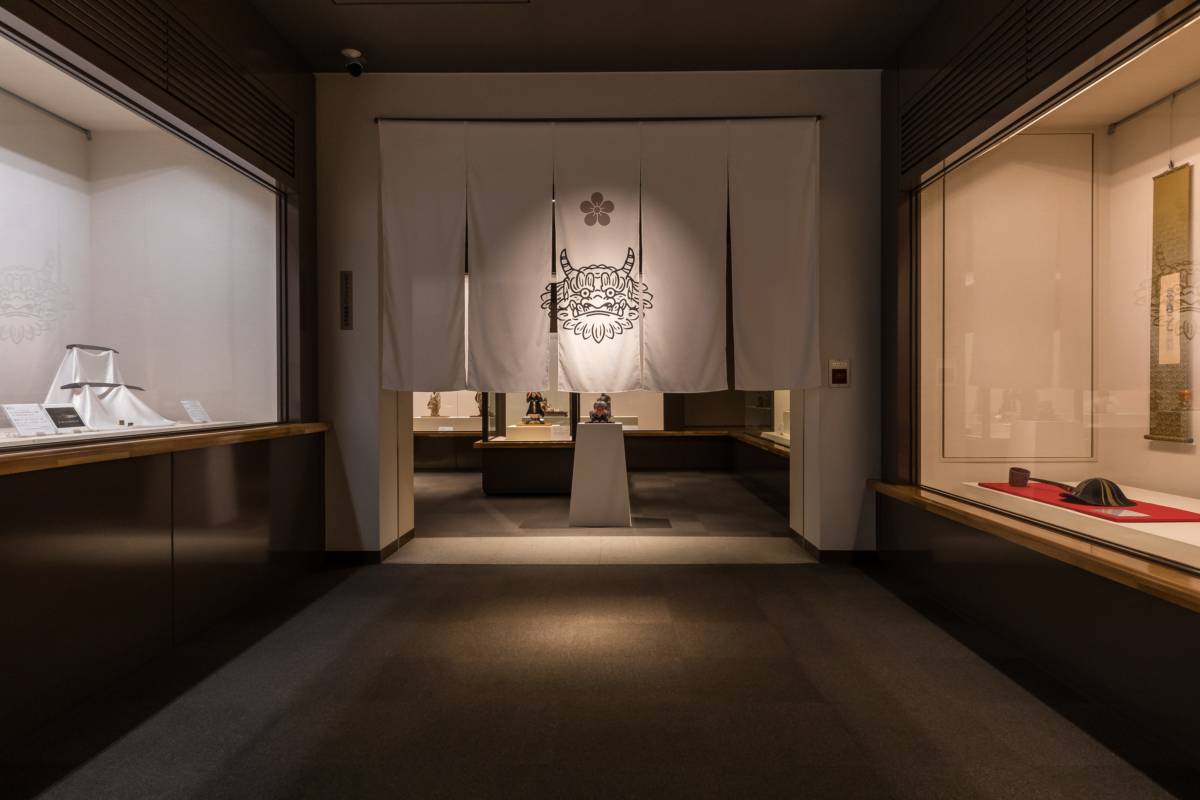 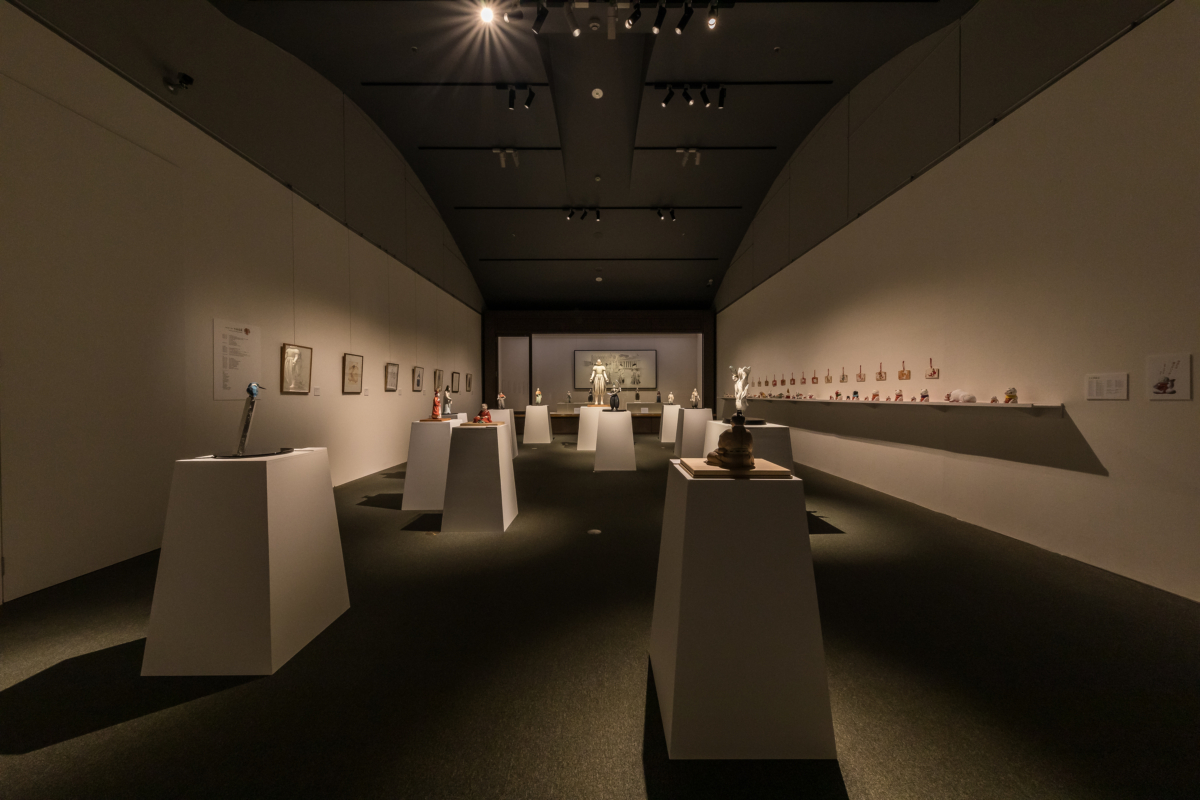 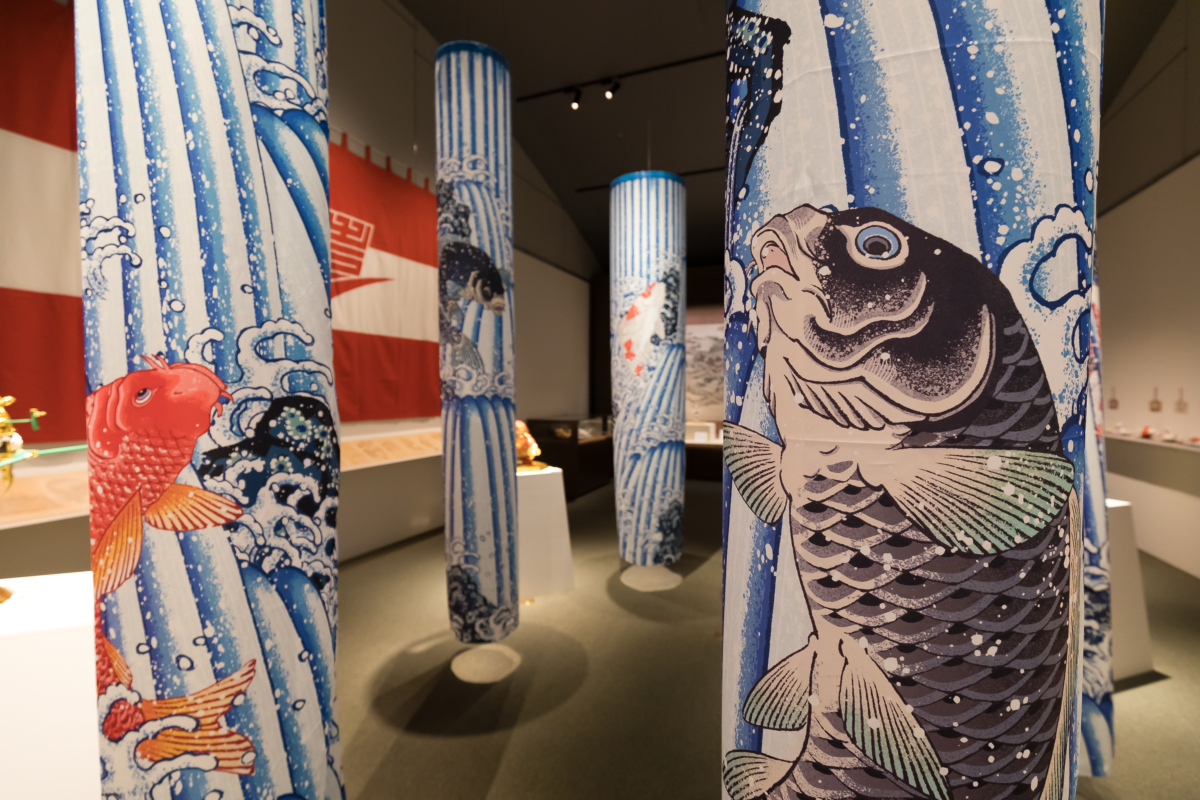