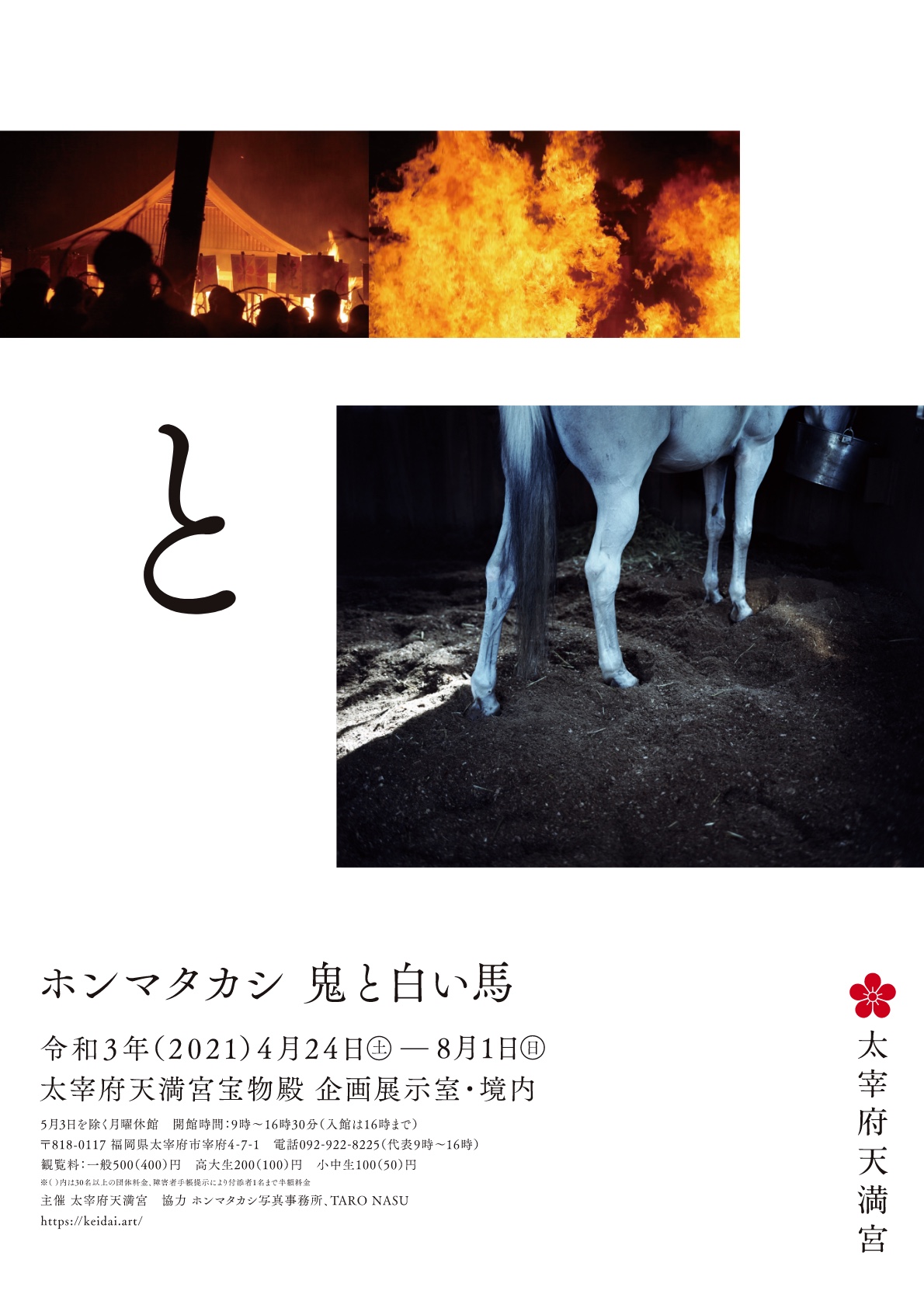 From 24th April to 1st August, the Dazaifu Tenmangu Museum is exhibiting the recent film by the photographer Takashi Homma, “Oni and White Horse,” a film focusing Shiroume-go (a.k.a., “Shiro-chan”), the shrine’s late sacred horse which had been a subject for Homma’s work since the exhibition “Seeing Itself,” the Ninth Dazaifu Tenmangu Art Program in 2015.

While his previous work, “Horseshoes and Shiro-chan,” had focused on the horse during the Jinkoshiki Grand Procession of Sugawara Michizane (designated an Intangible Folk Cultural Property by Fukuoka Prefecture) and having its horseshoes changed, this work was inspired by Homma’s creative idea to use an unattended camera to film images of Shiro-chan that will surprise even locals, as the horse rested in the stable next to the Onisubedo ground during the Onisube Festival (designated an Intangible Folk Cultural Property by Fukuoka Prefecture). It is hoped that visitors will recall Shiro-chan’s life through this work, which represents the conclusion of the project, and the panels featuring photographs of the horse set up on the shrine grounds in three locations connected with the horse’s memory.

In conjunction with this exhibition, during the same period Homma’s work “Tokyo and My Daughter” (1999-2010), featuring photographs of a friend’s daughter as though she were his own daughter, are exhibited in several sites around Dazaifu Tenmangu. Check the news on Keidai Art Museum website for further information.

The Museum is open and making sure to prevent the spread of Covid-19 infections. Your kind understanding and cooperation will be much appreciated.